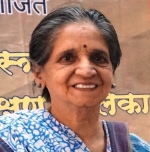 Nirmala Sathe is a member of Shramik Mahila Sangathana (Dhulia), Stree Atyachar Virodhi Manch and Women's Center (Mumbai).She is a founder member of Stree Mukti Sanghatana (Mumbai)
She is a trustee and active member of Aalochana, Center for Documentation and Research on Women (Pune) 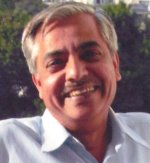 Anwar Rajan is a member of Yuvak Kranti Dal, Peoples Union For Civil Liberties(PUCL), Pakistan India Peoples Forum for Peace and Democracy & Pragatisheel Bharatiya Muslim Andolan.He worked with Kesari, Vanarai & BAIF.
He detained under MISA for 15 months at Yeravada Central Jail during emergency in 1975-1977. He was active in Yukrand and movement under leadership of Jai Prakash Narain during those days. He was active in Muslim Satya Shodhak Mandal from 1979 to 2001. He was Secretary of Rashtra Seva Dal (Central Committee) 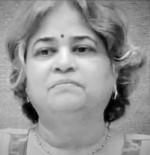 Anita Borkar is a member of governing council & programme team of Abhivyakti. Presently, leading the programme team in designing and facilitating learning events and processes on inter-personal, team and organisational effectiveness for functionaries of voluntary organisations, life skills enhancement programmes for parents and children, media literacy for children and young people and sexuality education for adolescents. She is a member of Avani, a space for reflecting and nurturing women's collaborative leadership and learning societies. Also a member of a close-knit family of supporters, enablers and celebrators of all hues and colours. 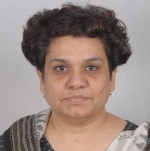 Manisha Gupte has been part of the women's movement since the mid 1970s. She has also been an activist in the health and civil rights movements in India. She co-founded MASUM, a rural women's organisation in 1987, after living in a drought prone rural area for five years and has been its co-convenor since then. She spent one year in the Dept. of International Health at the Johns Hopkins University, Baltimore as a visiting fellow. She is actively associated with pro-people and progressive organisations nationally, regionally and internationally as an advisor, trainer or board member. She has participated in and has promoted campaigns related to women's health, violence against women, sexuality and minority rights. She has also worked on policy issues with the state and central governments in India over the past two decades. She was the coordinator of the 10th International Women and Health meeting (IWHM), held in New Delhi in September 2005. 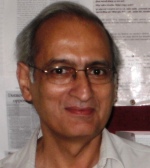 Ramesh Awasthi has been active in struggles related to civil liberties in India, since the early 1970s. He co-founded MASUM, a rural women's organisation in 1987, after living in a drought prone rural area for five years and has been its co-convenor since then. He spent one year in the Dept. of International Health at the Johns Hopkins University, Baltimore as a visiting fellow. He has made significant contributions in the development sector through his interventions at the community level in economic empowerment of rural communities (including microcredit), in addressing child labour and in advancing minority rights. He has been actively involved in participatory reviews and capacity building of NGOs at the national level. 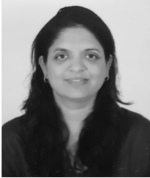 Padma Bhate-Deosthali has for more than 20 years been engaged in research, training, and policy advocacy in the areas of gender based violence, gender in medical education, health policy reseaarch, regulation of the private health sector and women and work with a focus on health and human rights. She was Director of the Centre for Enquiry into Health and Allied Themes (CEHAT) for 11 years. She was member of the Streering Group of the GDG WHO for developing Policy and Clinical practice guidlines for responding to violence against women in low and middle income countries, the National Committee under the Ministry of Health and Family Welfarefor drafting the "Guidelines and Protocols for medico-legal care for victims/survivors of sexual violence", 2014. She also coordinated the setting up of a public hospital based crisis centre on domestic violence, Dilaasa in Mumbai. 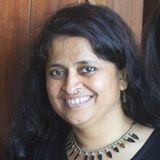